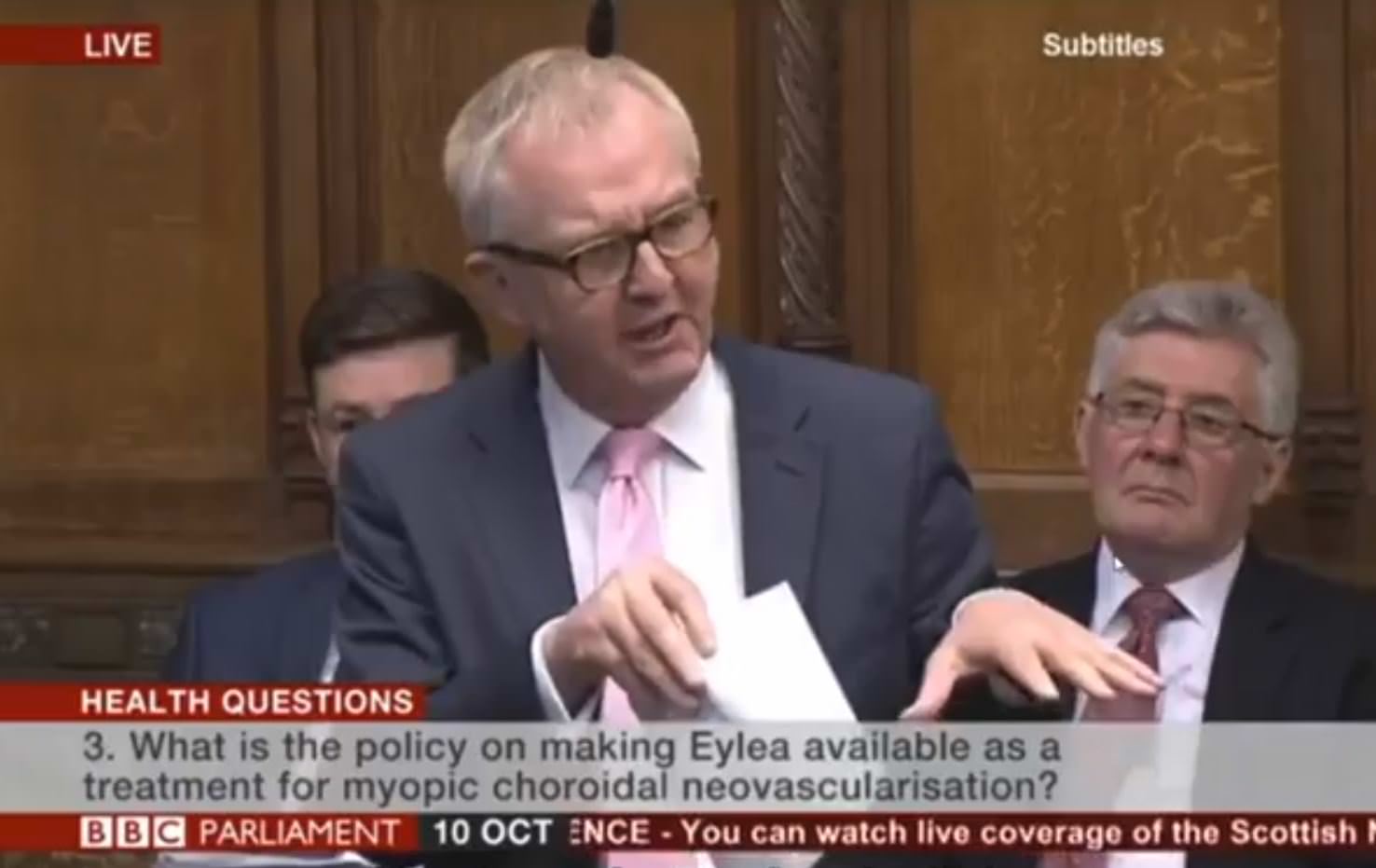 A Dudley woman is coming to give evidence in Eye Health APPG’s inquiry on preventable sight loss.

Elaine Shaw suffers from a rare eye condition but has benefited from a life-changing drug called Eyelea.

Now Ms Shaw is coming to Parliament to give evidence in an inquiry into preventable sight loss and to tell MPs about the difficulties she faced trying to access this life-changing treatment.

He has been working with the Macular Society and the RNIB to campaign for quicker access to treatment to prevent people going blind.

People who suffer from the uncommon condition are often given a drug called Lucentis, but the eyes often stop responding after repeated injections and patients then need to be switched to another drug called Eyelea instead.

Elaine, a 58-year-old home tutor, has been treated with Lucentis injections but these are no longer effective in treating her condition. In Wales, Scotland, and other countries Elaine would have been immediately switched onto Eyelea.

Last October, following Ms Shaw’s campaign, the National Institute of Clinical Excellence (NICE) have made a positive recommendation for Eylea to be made available to treat myopic CNV in England but Austin has raised concerns about NICE Guidelines that often prevent treatment for some macular conditions until a patient’s sight has been irreversibly damaged.

The previous restrictions on access to Eyelea to treat myopic CNV in England and the current “too good to treat” guidelines that are applied to some macular conditions such as AMD has led to eye health treatments often being hard to access or withheld until a person’s sight is 6 out of 12 or worse on the eye chart scale, making them partially blind.

This has a huge personal impact on patients and their families but also creates additional costs to the government through people with the condition being unable to carry on working. People with myopic CNV are often younger than those with AMD and many are in work.

Elaine will come to Parliament to give evidence in an APPG on Eye Health as part of an inquiry into preventing avoidable sight loss on Tuesday, 5 December.

Ms Shaw will return to Westminster the following week for a meeting with the Parliamentary Under Secretary of State for Public Health and Primary Care, Steve Brine, to discuss the harm being done to macular patients under current NHS and NICE systems.

“Elaine has done a brilliant job speaking up for macular patients and I’m really impressed by her persistent campaigning.”

“Elaine came to see me and I was appalled to discover that people in her position were being denied quick treatment that could save their sight. I’ve been campaigning to get these drugs made available and I’m pleased we seem to be making some progress, but I want the drugs made available immediately.

“This is how politics should work. When local people raise issues like this, it’s my job to get stuck in and demand changes.”