A bill to sanction Russians implicated in the death of Sergei Magnitsky and other gross human rights abuses will be introduced in Parliament tomorrow (Wednesday, 6th December). 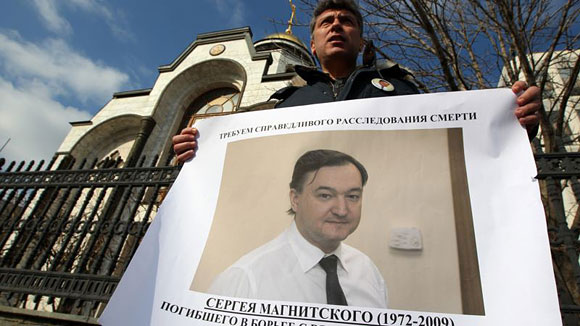 A powerful cross-party coalition of party leaders, former Cabinet ministers and select committee chairs are backing the Magnitsky Bill which will be introduced by Dudley North MP Ian Austin, who has been working with William Browder who has been leading the campaign to bring those responsible for Magnitsky’s death to justice.

Sergei Magnitsky was a 37-year-old accountant who was tortured, denied medical attention, and died in a Moscow prison cell. He had been targeted by Russian authorities for exposing a US$230 million tax fraud involving high-level government officials. In the years since, several countries have passed Magnitsky legislation which sanctions Russians implicated in his death: the United States, in 2012; Estonia, in 2016; and Canada, in 2017. In the UK, a ‘Magnitsky Amendment’ was included in the Criminal Finances Bill 2017, but more could be done.

The new bill would give the government powers to sanction individuals who were found guilty of corruption and human rights abuse. The sanctions include visa bans, asset freezes, and public placement on a list of banned foreign criminals.

Those sponsoring Austin’s bill include:

“Eight years ago Sergei Magnitsky died in a Moscow prison cell to prevent him exposing a huge tax fraud committed by corrupt Russian government officials, yet the people responsible have never been brought to justice.

“A coalition of senior MPs from all the parties, former cabinet ministers and select committee chairs has come together to demand the government acts to achieve justice for Sergei Magnitsky and prevent the UK being used as a safe haven for corrupt criminals and stolen money.”

The full text of the Ten Minute Rule Bill is as follows: